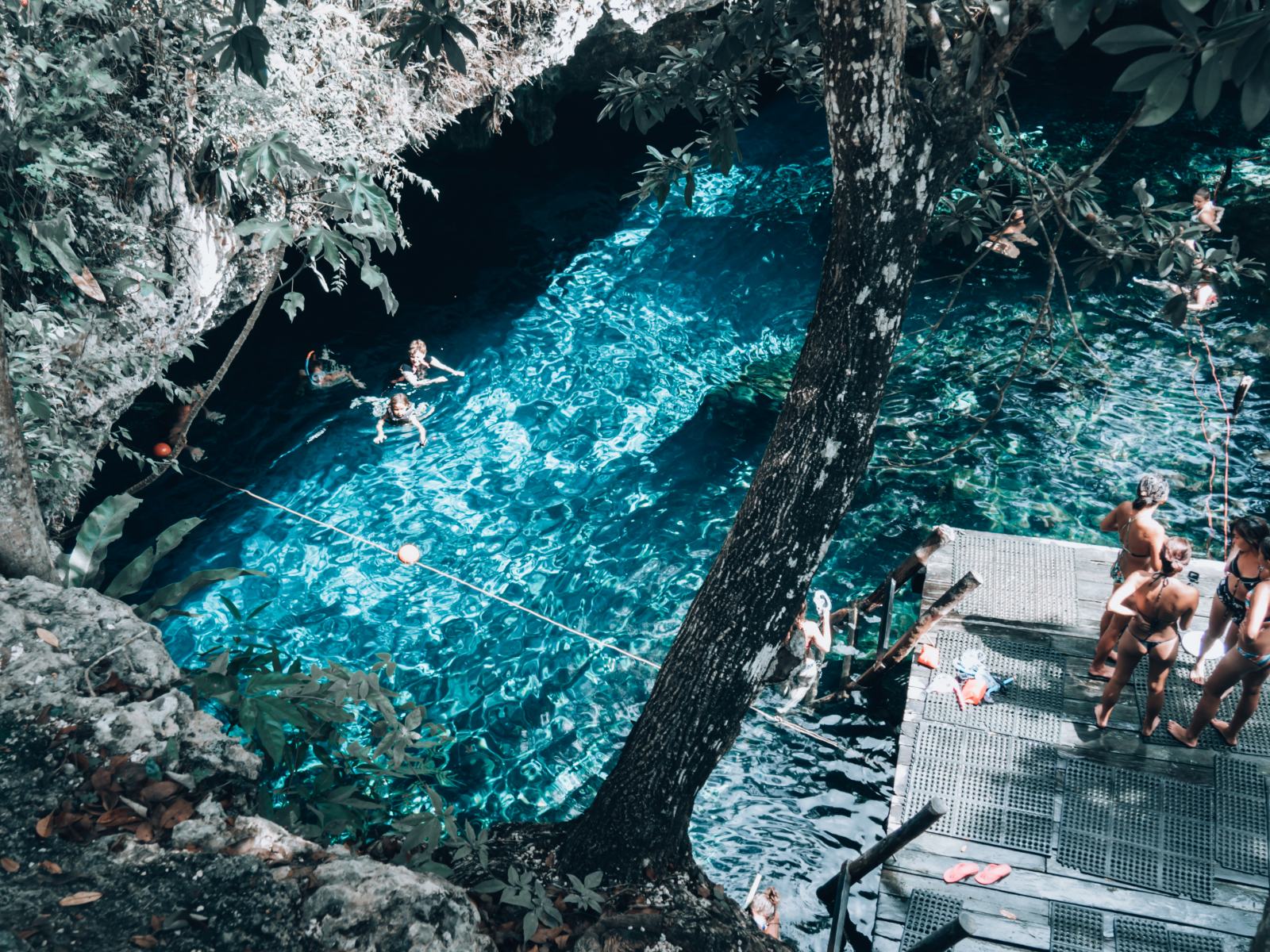 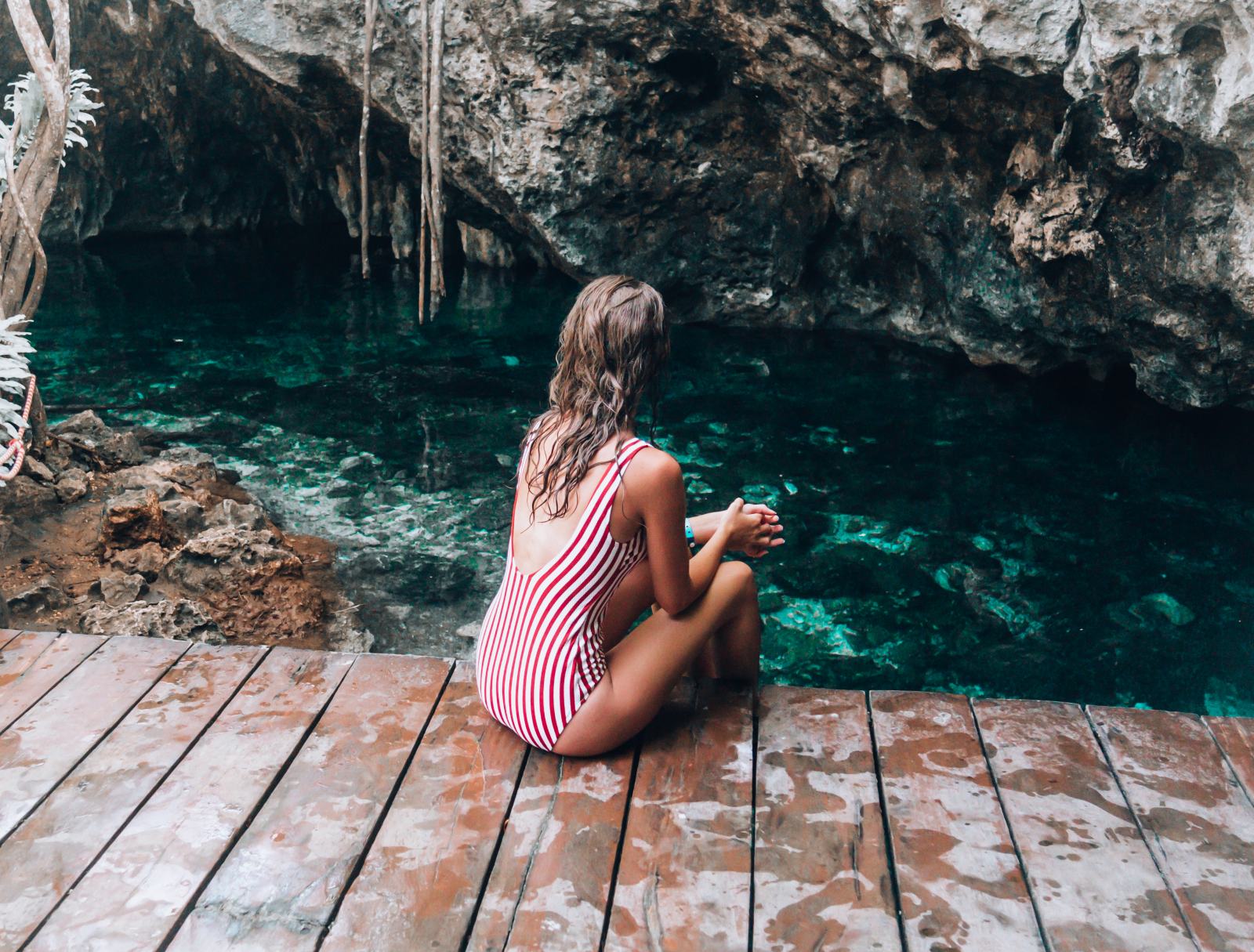 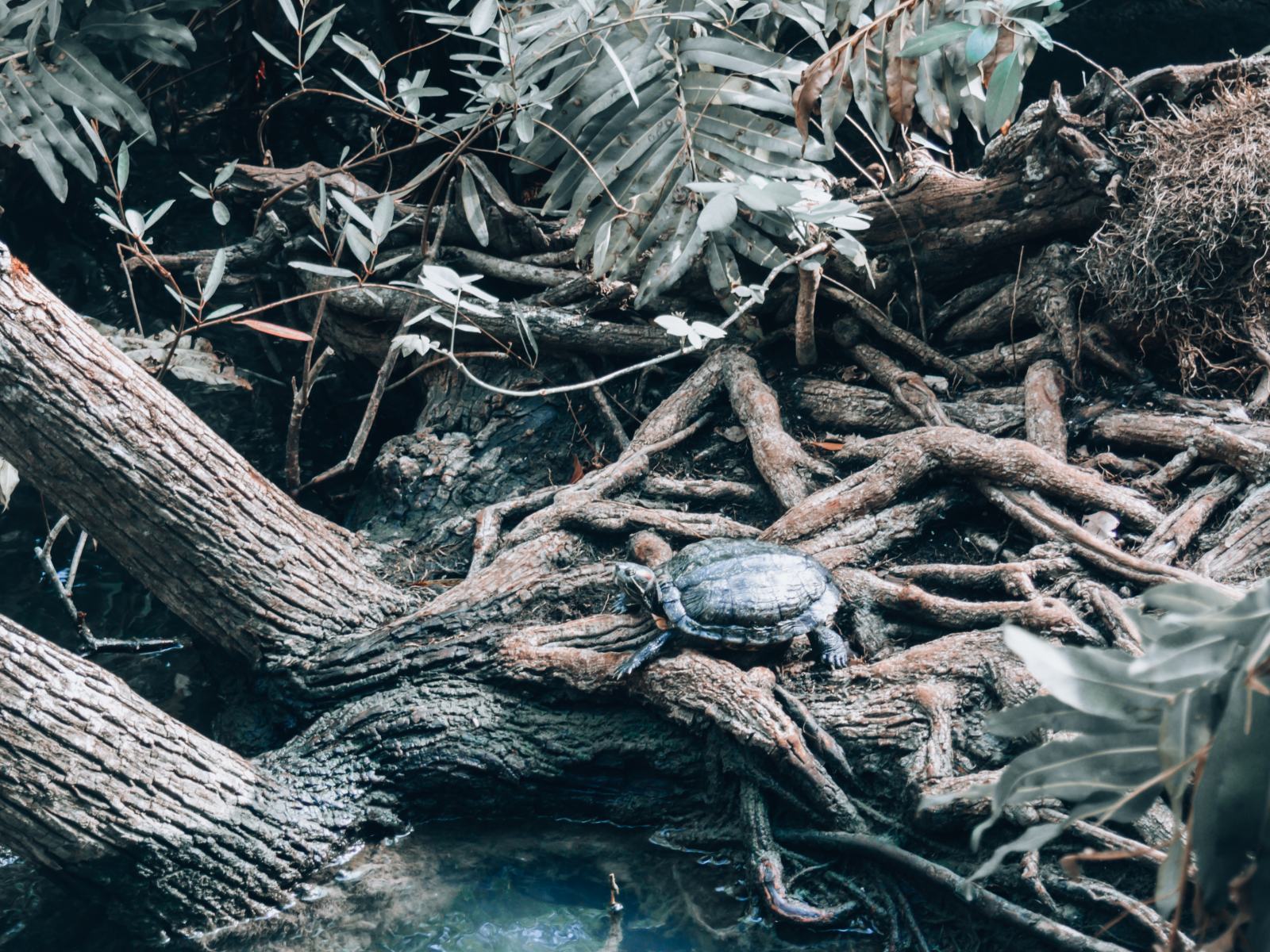 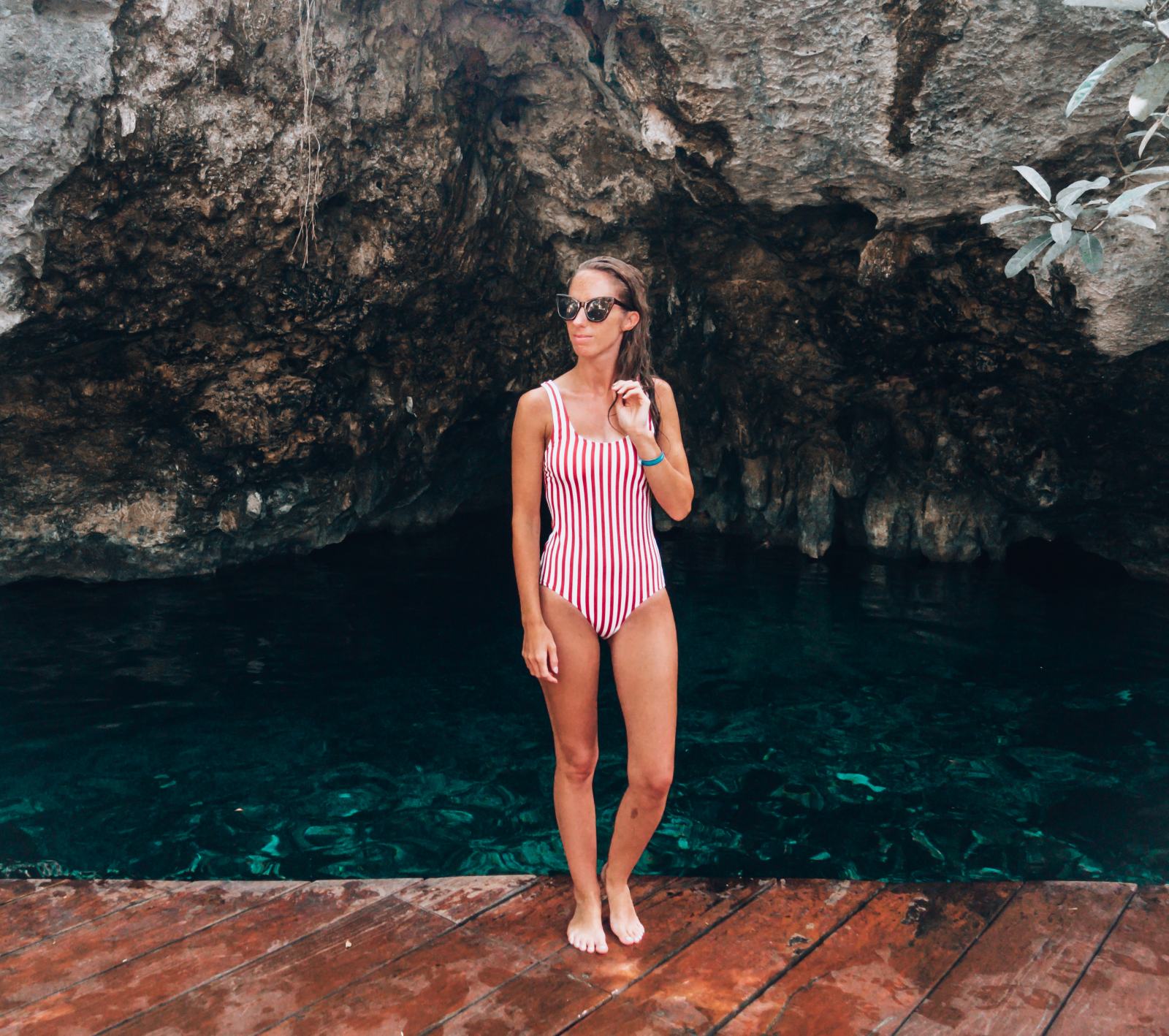 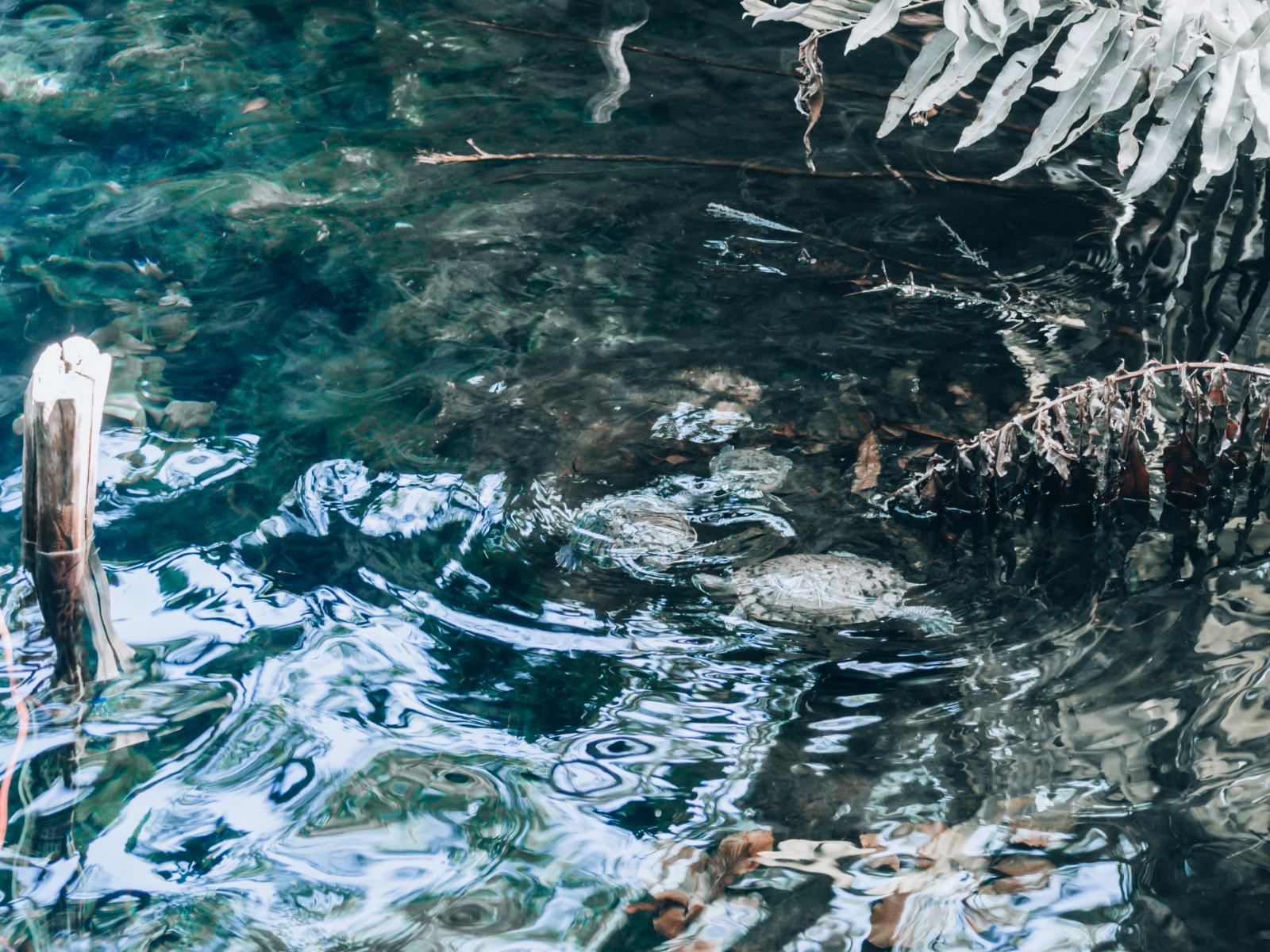 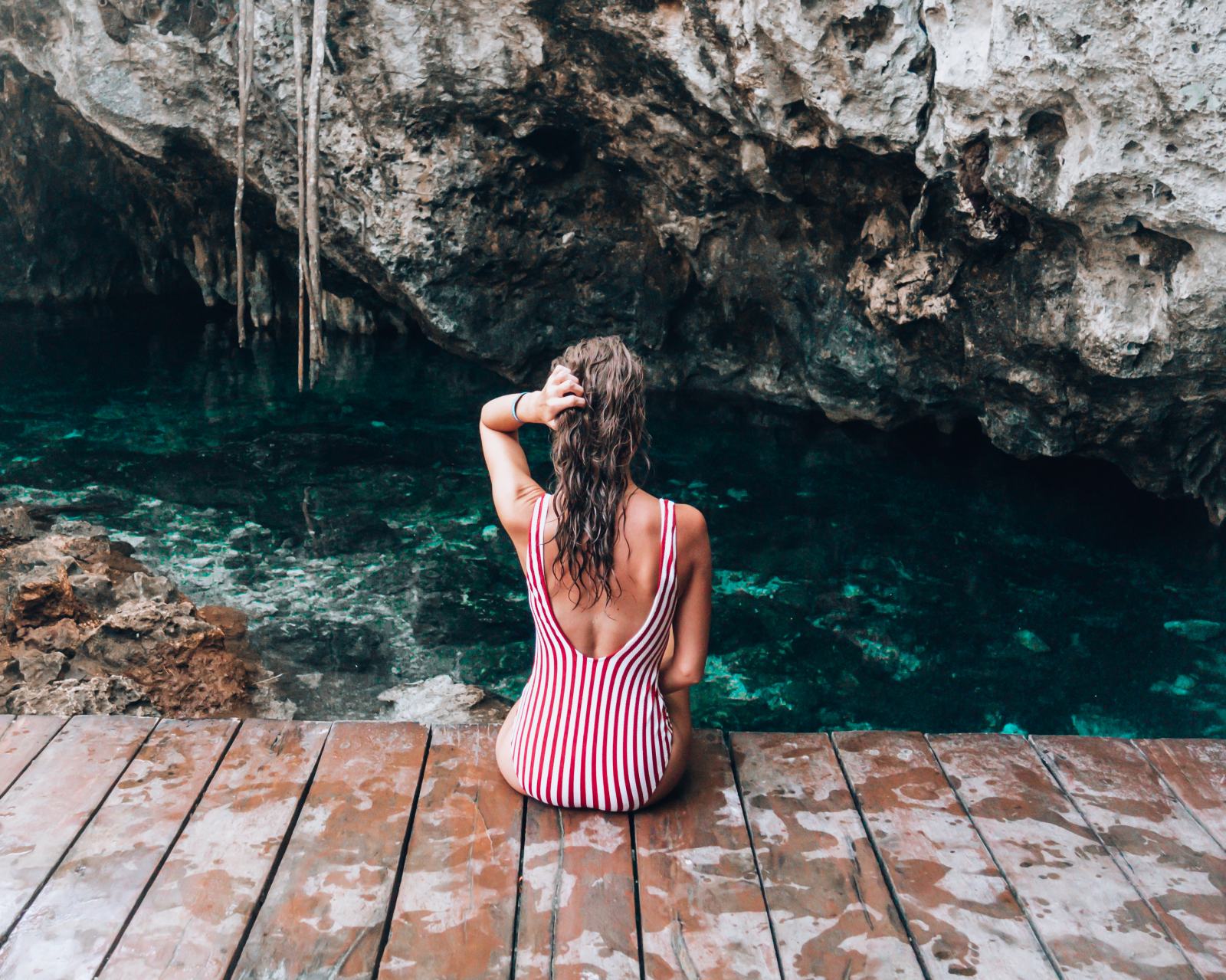 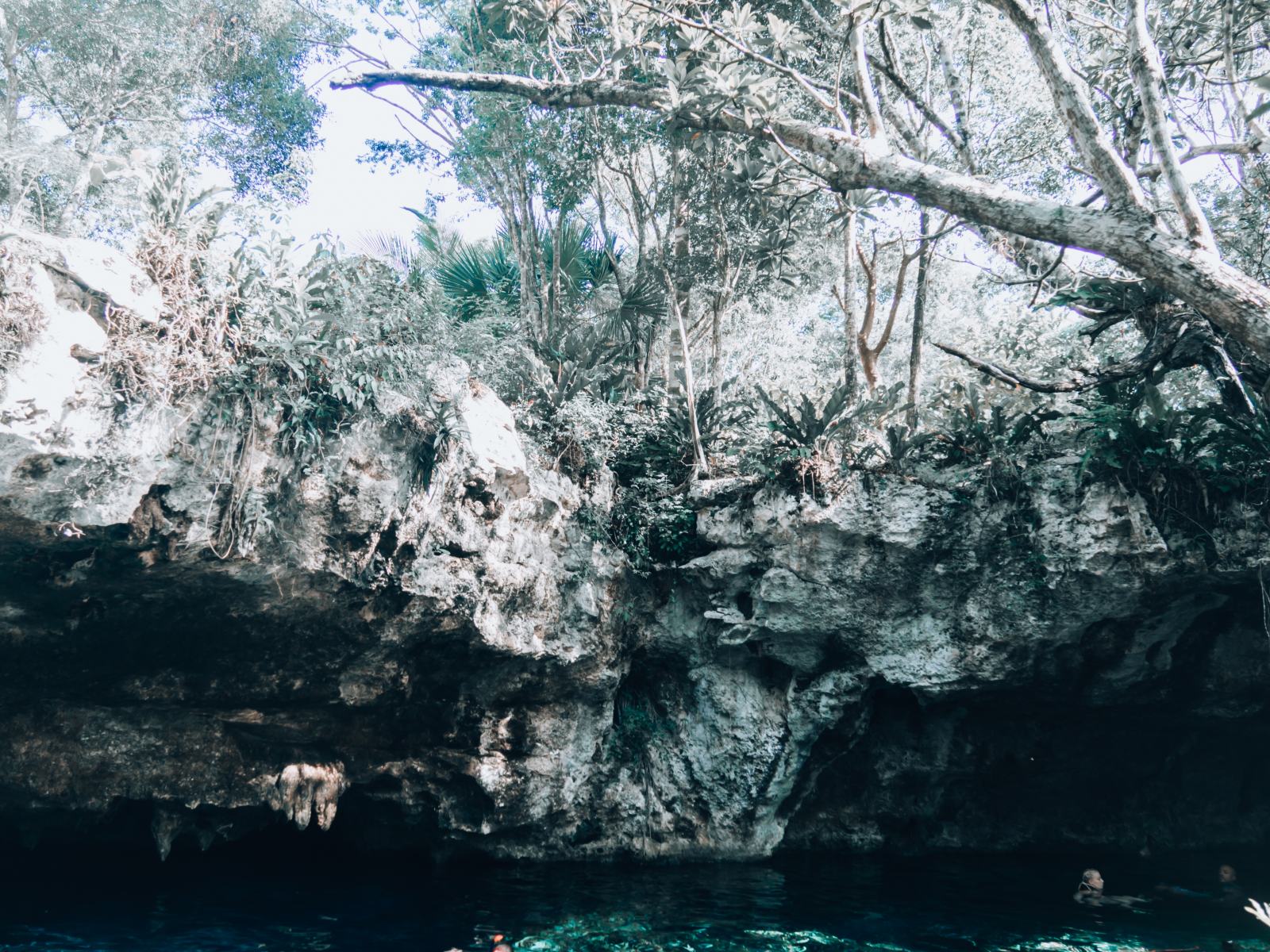 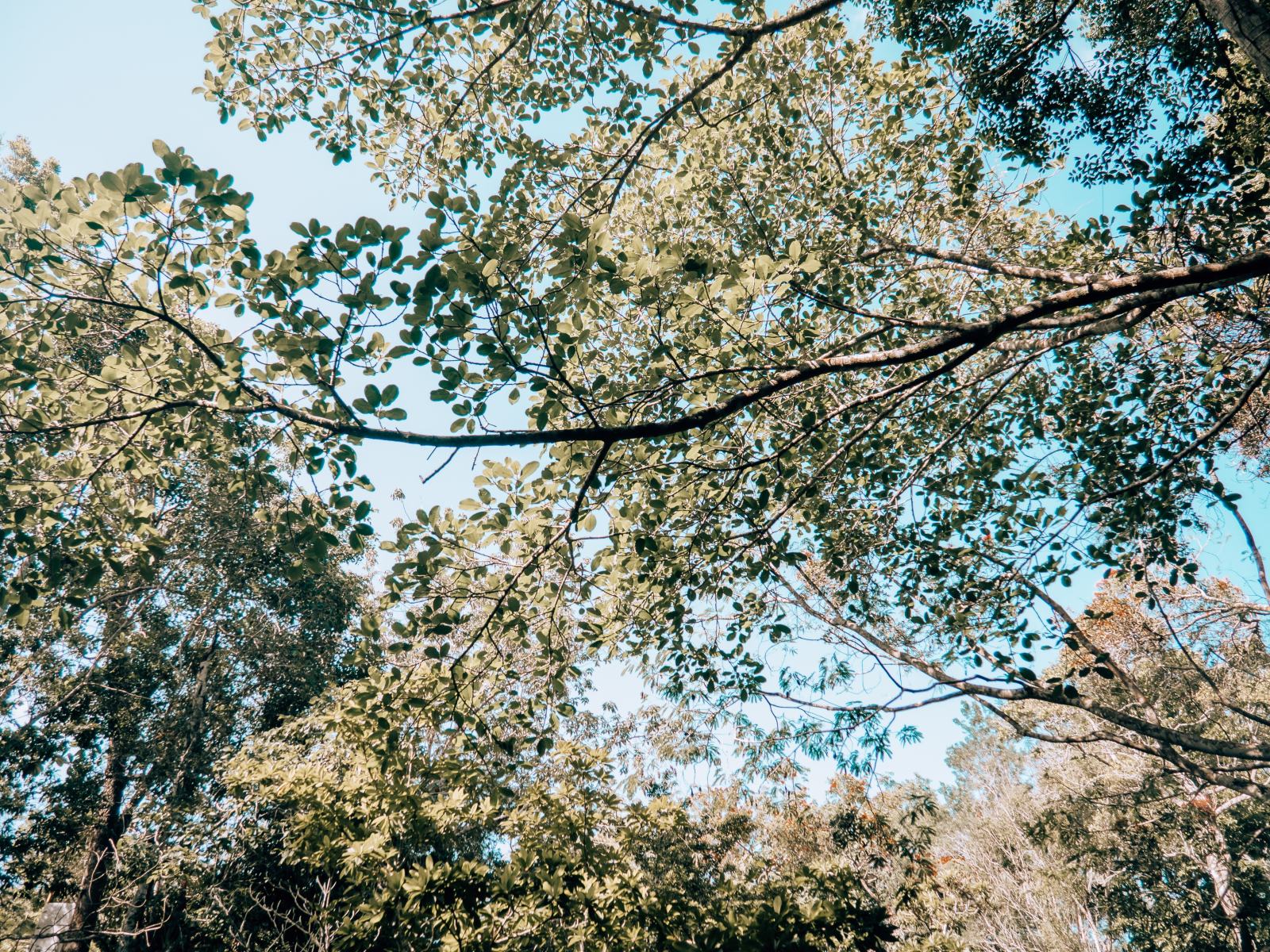 Visiting a Cenote was high on my wish list of things to do in Tulum. Having read some reviews I didn’t want to go as part of a tour or trip, I wanted to go and take the time to do things at my own pace rather than having to keep up with a guide or group.

We took a taxi from our hotel, Gran Bahia Principe Coba to the Gran Cenote. We chose this one as it wasn’t too far and seemed like one of the bigger and more established cenotes. The taxi cost 450 pesos / £18 one way. The entry fee was 180 pesos / £7.25 per person. I had read online it was around $20 to hire a snorkel when there so instead we bought one ahead of our visit. The hire fee was actually 80 pesos / £3.22 so we got another one. It was 30 pesos / £1.20 to hire a locker. I was surprised by how cheap it was especially in comparison to the cost of going on a tour which was around $68 per person.

You must shower before going downstairs. The showers are outside and very eco centric with a handle to pull and hold to release the water. The lockers are downstairs and you can keep your things handy if you want to take photos before or after going in.

I was surprised by how small the open part of the cenote was. From pictures it looks bigger but the stairs and walkways take up most of the space and there is only a small outer ring if you like which is passable by one person at a time in some parts. There’s also a no swimming zone which is for turtles only.

The water is the coldest you’ll experience compared to the pools or sea although it’s no where near as cold as other places I’ve been. The stairs down are very steep with large spaces between each step which isn’t ideal when you’re short or for kids. The water is also much deeper than I had anticipated and less buoyant from the lack of salt which I quickly discovered upon entering. There is a rope you can use to hold on to while going through the caves. I have to admit I didn’t manage to swim through. The combination of not being a strong swimmer, the depth of the water and the darkness was too much. The terrain is also very rough therefore the parts which aren’t as deep are quite treacherous. I’d recommend wearing snorkel shoes to avoid hurting your feet.

The good part about this cenote is the fact a second area can be accessed via another set of stairs down. This one is shallow but equally as treacherous if not more so. I enjoyed a swim in this area but didn’t use my snorkel as there wasn’t really any need, the water is crystal clear and there wasn’t a lot to see under the water.

All in all I have mixed feelings about the Cenote. I enjoyed seeing a natural cave and the water is truly stunning. It was great seeing the turtles as well but with something so natural, it seems strange to add in turtles which wouldn’t have gotten there otherwise. I prefer to see these creatures in their natural habitat. Having witnessed the turtle conservation programme in Cape Verde I know the struggle of survival for turtles so on the one hand it’s great these particular turtles have a safe (as possible) place to live however on the other hand I know turtles travel hundred of thousands of miles and always return to the exact same point to lay their eggs each time. It’s bittersweet these ones are not able to do that and likens it to them being in captivity.

Anyway I’d still recommend visiting a cenote if you’re in Mexico, there are over 3000 so plenty to choose from. The Gran Cenote has a nice area to eat if you’re able to bring food or a large patch of grass which was used for sunbathing and relaxing afterwards. There’s also hammocks and a shaded area and you could spend a good few hours there.