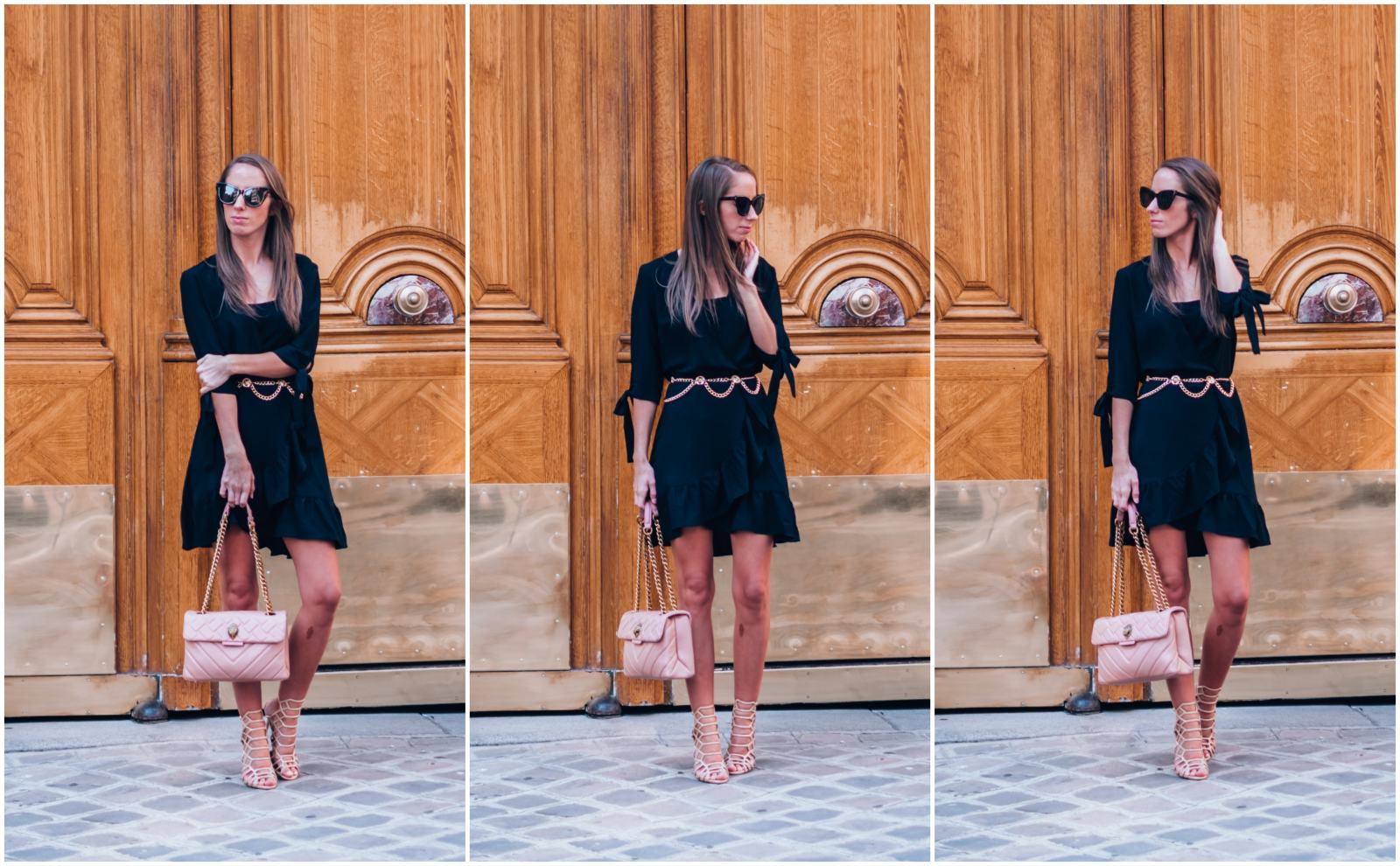 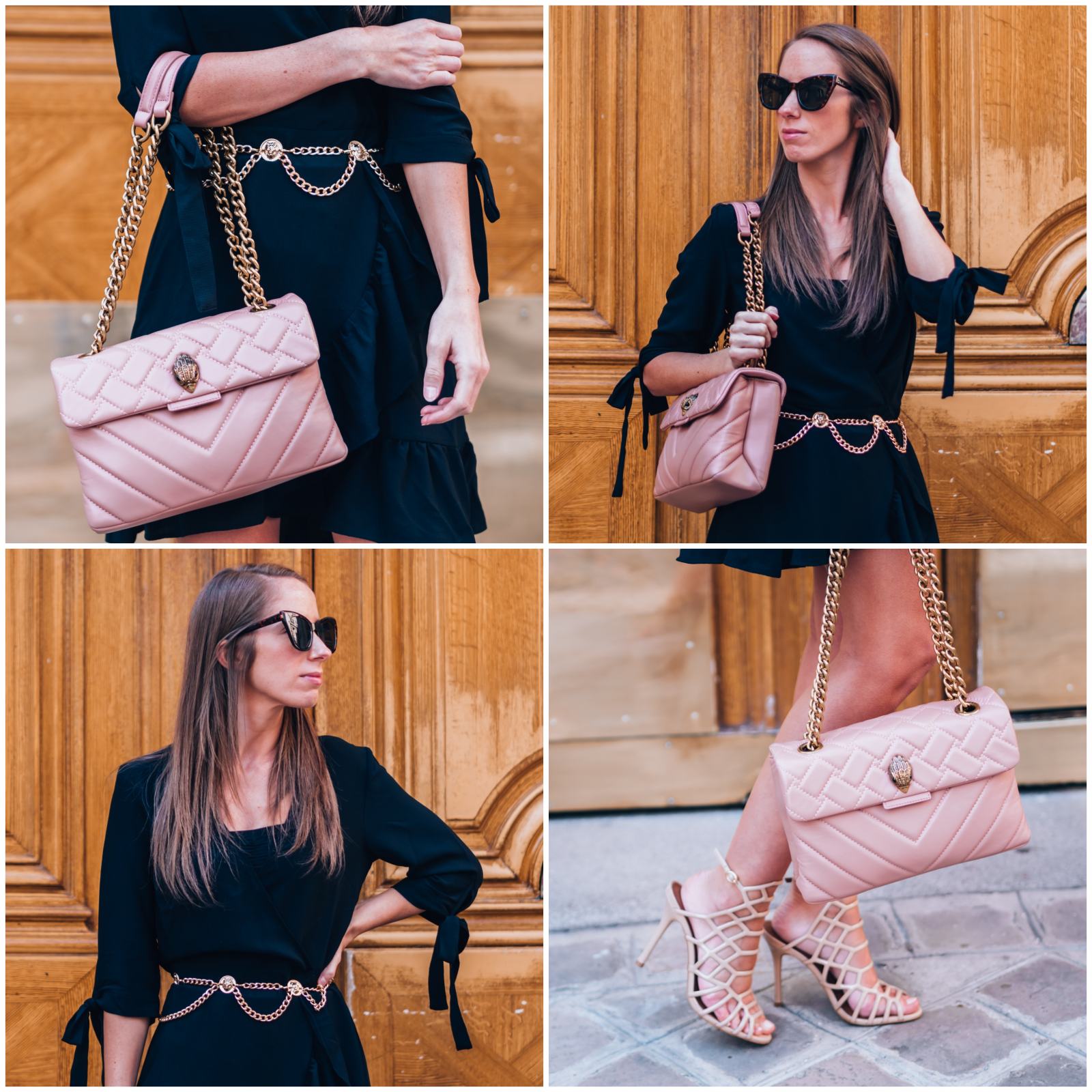 I feel like you can never go wrong with an LBD. I wasn’t 100% sure about wearing black in Paris especially with the tropical weather and as I like to be a bit more adventurous with my style when it’s warm. I decided to go for it since it was a lightweight option and I could easily change later if need be.

The dress is from H&M and is the classic wrap style which quickly became a favourite as mentioned in one of my Mexico outfit posts. I should have got the smaller size as it is a bit big and I was conscious about flashing and ended up wearing a scarf to avoid constantly looking down. But anyway I made it work and it is such a comfortable option. The wrap is artificial which is really practical especially in a city and when the wind gets up you don’t want to expose yourself to everyone around. I was able to wear without fear of that happening.

I added the belt which is from River Island and a new trend piece. The coin and chain style is in this season and I decided to give it a go with this dress specifically in mind although I think it would also work with jeans too. It adds an air of exuberance despite being pretty cheap but it doesn’t look cheap which is the important part. It is a bit of a Chanel dupe but I’m fine with that as there’s no way it would ever be confused for the real deal.

I kept the gold hardware going by adding my pink bag. It helped cut through the black silhouette and livened it up slightly. I didn’t realise how well this bag would go with so many different colours but I’m pleasantly surprised by the amount of wear I’ve had so far and I’ve got more outfits planned too which I’m excited for.

The day I wore this turned out to be pretty special (as detailed here) and I’ll forever remember wearing this outfit combination as a result.